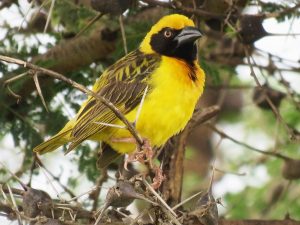 Volcano Climbing
Take part in hiking any of the extinct volcanoes in Volcanoes National park for a lifetime adventure. Mount Karisimbi (the highest volcano in the Virunga Conservation Area) and Mount Bisoke are the most hiked mountains in Volcanoes National Park Rwanda. A 2 Days Mt Karisimbi hike and a 1-Day mount Bisoke hiking tour offers you great mountaineering experience. The summit of mount Karisimbi is covered by snow especially in the dry season, which make it more interesting, while Mount Bisoke shelters a large crater lake at its summit. The lower slopes of both volcanoes are covered by forests which shelter some endangered mountain gorillas and other primates. 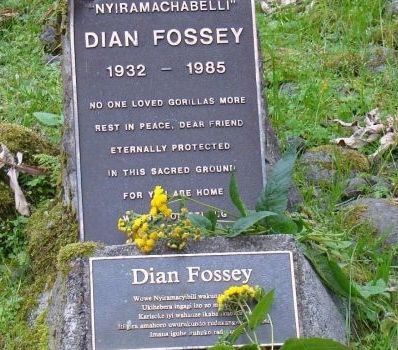 Hiking to the gravesite of the fallen Dian Fossey, the gorilla lover who was killed in her campaign to save the endangered primates. Whereas poachers killed Dian Fossey, her legacy has continued up to present. It’s through her campaign that gorilla tourism in Volcanoes National park and the entire Virunga Conservation Area has thrived. Visiting to the graveyard is a sign of respecting and commemorating her good works. On your trek to the gravesite, you can meet up several other wild animals and birds which live in this jungle forest. You will require a permit, which costs $75.

Bulera & Ruhondo Twin Lakes
Visit the beautiful twin lake of Bulera and Buhondo located in the heart of Volcanoes National Park. The lakes have bleu waters due to the shadows of the iconic Virunga volcanoes that surround these lakes. A boat cruise on the twin lakes offers you scenic views of Rwanda’s rolling hills, local farms and the Virunga Mountains. You will cruise together with local people headed to their gardens 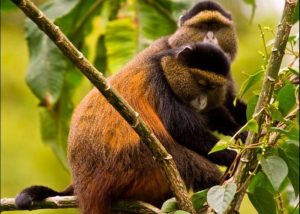 Musanze Caves
Enjoy a walk through the 2 kilometers Musanze caves for a magical and rare experience. The walls of the caves shelter thousands of caves which you will see hanging. The caves are dark inside which require travelers to carry head lumps. Also, remember to put on closed shoes of boots to easily walk through the muddy grounds of Musanze caves. 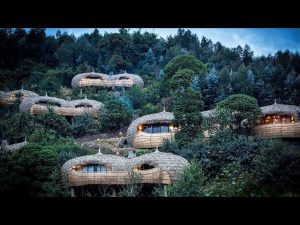 Best Time to Visit Volcanoes Park
Volcanoes National Park can be visited all year round. However, dry season between June to September and December to February is the best time for visiting Volcanoes Park. Less or no rains hence characterize the season making it the best time to do most activities